Like Minds: A Conversation with Rob Walker of Unconsumption 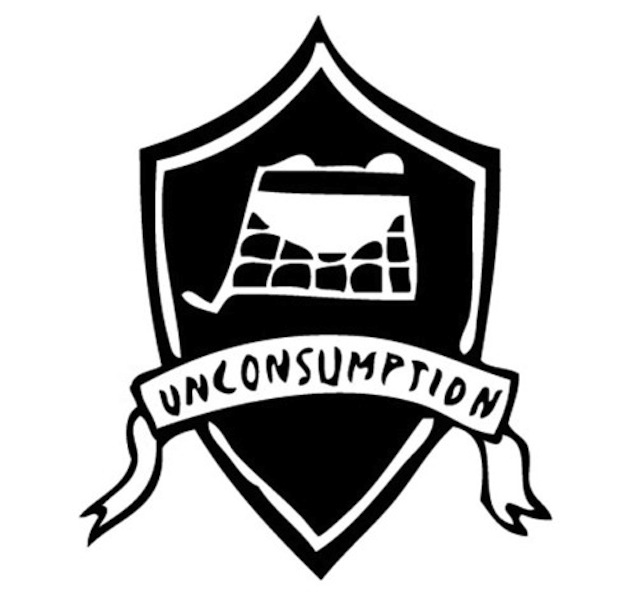 Waste is a problem from which no region of the world can fully escape, and it’s literally piling up. The UN wrote in 2007 that global waste could continue to increase alongside population growth rates, socio-economic development and the increased production and use of both hazardous and non-hazardous materials, among other causal factors. Documentaries like Waste Land depict virtual “cities” made of trash, like that of the Jardim Gramacho landfill outside Rio de Janeiro.

A discussion of global waste often turns toward a basic process that leads to the creation of waste itself: consumption. We find things that we’re convinced we need—a new pair of sneakers, a fancy new wine rack—and we dispose of things that don’t make the cut in our standard of living. Old clothes, old furniture, and general non-biodegradable materials get cast by the wayside and build up to form mountains of trash, particularly in crowded urban centers already plagued by decrepit housing and living conditions.

We know the waste is out there, but what can we do about it? Journalist Rob Walker, founder of a popular blog called Unconsumption, puts a spin on the use of brands and advertising to show people how to “un-consume” in their everyday lives. Unconsumption features wacky, practical, and large-scale ways to use things you already own. Walker’s concept takes to Tumblr to fight the negative impact of being a consumer in today’s world: properly throwing things away, finding new ways to appreciate the objects you already own, and hopefully, finding ways to enjoy your possessions years after you first purchased them. We caught up with Walker to find out more about the concept and the realities of a world filled with waste.

What exactly does “Unconsumption” mean?

The short version is, I was writing a column for the New York Times Magazine called Consumed, and I did an installment of the column about Freecycle. What I was interested in about it was how people were getting the same kind of pleasant feeling from getting rid of stuff that we normally associate with getting stuff—you know how when you buy something new at the store, it sort of feels good for a few minutes? With Freecycle, it was more of a satisfyiing thing because they knew they were actually giving something to someone and it was going to be used again. I just made up that word, Unconsumption, to try to give a name to it.

So your posts talk about repurposing clothes, or furniture out of interesting materials around the home, etc. Why do you think these small-scale efforts make a difference?

There’s a post I did called “Why Feeling Like Part of the Solution Matters.” There’s this kind of cynical response, like “Oh, people are just getting their little hit of this by looking at your site, and nothing really changes.” But I actually think that it is important to offer people some alternative. The big problem is that people feel like it’s hopeless. It’s important to, in a positive way, to offer up: here’s some small difference you can make right now. Or here’s some small difference someone is making right now. Just having the tenor of the discussion be more positive and less doom and gloom. I wouldn’t want us to be the only voice out there on this, but I think that it’s a voice that has some value.

What kind of reading experience do you want to give your site’s visitors, in terms of actually making some changes in their consumption?

This concept got sharper over time as we articulated this idea of creative reuse and mindful consumer behavior. That’s what we’re trying to highlight. Our approach is to be sort of fun, inspirational, positive, upbeat. It’s not about “Oh, here’s the latest bad news about global warming” and guilting people into things. It’s more about pointing to positive examples that people can get excited about. I’ve thought about it as kind of an experiment. Can you brand the idea of not buying things or reusing things or making the best of what you have? Can you brand those the same way you would brand a new kind of shoe, or a new perfume, or a new kind of consumer good? That’s what the Tumblr was meant to be about.

Do you think that making an explicit choice to change your lifestyle is kind of necessary because most people have become conditioned to consume more than we really need to?

I don’t know that it’s necessary to take this approach, but I think that it makes a certain amount of sense when you just look at the way the world really works, and how powerful branding is. What if you hijack consumer-oriented language and thinking and try to apply it? I’ve written quite a bit about marketing and branding and I think it’s quite powerful. Is there some way of using that language to different ends? With Unconsumption, the payoff isn’t that you go and buy some new shoes. The payoff is that you say, ‘you know what, instead of buying some new shoes, I’m going to look at the shoes I already own.’ It would be amazing to have an ad campaign for something you already own.

I’ve seen documentaries on waste and its environmental impact, and the negative effects of consumption in that sense. Do you think people have yet to realize the actual impact that it’s having and what impact it will continue to have if waste keeps building up?

I don’t know, why don’t people get more outraged? At this point, it’s not an awareness issue. The larger thing is people who kind of know, but don’t really know what to do about it. They’re just trying to get through the day. And I’m sympathetic to that.
We promote those kinds of documentaries and I think it’s very important and that the facts need to be out there, for people who want to find them. It’s also recognizing that very smart, talented people have been making that case for a long time. Logically, the answer to your question is, yeah, what we need is for enough people to just be aware that this is unsustainable and that things have to change. It’s easy to say that, but I don’t know that continuing to spell out the problem is enough. I’m not saying that those people should stop telling those stories, but in addition to that it seems useful to try to say, here’s another way to add to the discussion that’s not a bummer.

Being identified as a consumer isn’t exactly an appealing social tag, it’s something you want to detach yourself from. Do you think that when you first started out, it was already that way? Or do you think that culture has caught on more recently, with the surge in doing things with a home-made, DIY and sort of crafty touch?

The way that I would put it is, I think there’s more of an openness to and curiosity about those kinds of alternatives. I was a skeptic during the period when the recession was bad and there were people doing these articles sort of saying, oh there’s this fundamental shift and it’ll be like the Depression generation where people never spend money again. I never believed that. But I do feel like there was an openness and that was something that I hope that on some level we try to speak to. Instead of being a kind of depressing, “Hey, welcome to the world of cutting back.” It was more like, if you’re thinking about this stuff, there’s a satisfaction to be had from fixing things and using things to their full extent. Getting off that treadmill. You don’t have to think about it as medicine, you can think of it as candy.