The Burden of Health Inequities

“Health equity means that everyone has a fair and just opportunity to be as healthy as possible. This requires removing obstacles to health such as poverty, discrimination, and their consequences, including powerlessness and lack of access to good jobs with fair pay, quality education and housing, safe environments, and health care.” – Robert Wood Johnson Foundation

Health inequities exist around the world. The presence of the inequities can be identified in a community’s inability to access basic needs such as food security, proper housing conditions, education, and healthcare. If steps are not taken to address these pressing problems they will become unmanageable for the global community. 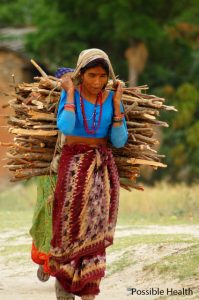 The global trend accelerating towards urbanization makes inequities more prominent. As the world population increasingly migrates to urban areas in search of better socioeconomic conditions, the most vulnerable populations face the brunt of the ill-effects of unplanned urbanization. Today, the world’s urban population is growing at an unprecedented rate. This can be a blessing and a curse as it allows for individuals to have more economic opportunity, yet can lead to various disparities caused by inadequate housing, overcrowding, unemployment, poor health, and water and sanitation problems. The solution to these issues lies in providing a better life for rural dwellers or planning and building more sustainable cities.

The socioeconomic determinants of health are quite significant. These lead to inequities and health burdens like premature deaths, resulting from illness and morbidity. The differences in life expectancy among city neighborhoods are surprisingly high. According to the WHO, city dwellers living in certain disadvantaged neighborhoods are at a greater risk and have poorer health outcomes than others due to marginalization. For instance, in New York City the difference in life expectancy between the poorest and richest neighborhoods is eight years due to the difference in housing conditions, food availability, healthcare, and social services. Identifying these health inequities is vital to understanding the root causes in order to develop and implement solutions. 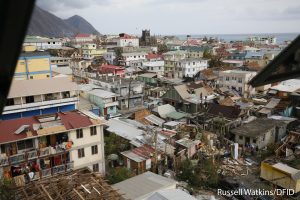 Health inequity also becomes more pronounced in the aftermath of natural disasters. In the last two decades, we have seen an increase in disasters such as earthquakes, tornadoes, hurricanes, floods, and wildfires. Every natural disaster brings a tremendous amount of socioeconomic upheaval to victims of these events, and for those most affected by health inequities, it is particularly a struggle. In 2005, the response to Hurricane Katrina infamously highlighted disparities in recovery assistance, particularly among minority communities and low-income neighborhoods. Similarly, in Puerto Rico, six months after Hurricane Maria many citizens still have not regained access to clean water and electricity in parts of the island. The recovery on the island is made more difficult by its dilapidated infrastructure and poor fiscal state. However, to many critics, the inadequate response by authorities illustrates a more systemic issue.

Although governmental agencies and departments play a crucial role in promoting health equity, personal behavior and attitude toward health inequity are also vital. If people understand the complexity behind inequity, they can work together by forming partnerships among themselves, among institutions and organizations to advocate for their needs. Partnerships and coalitions among diverse people and organizations effectively work towards advancing health equity. It is time to wake up and take action by advocating and encouraging lawmakers to make policies that are more centered on the communities in question. If we do so, the prospect of attaining sustainable and equitable health in cities and communities around the world is feasible.